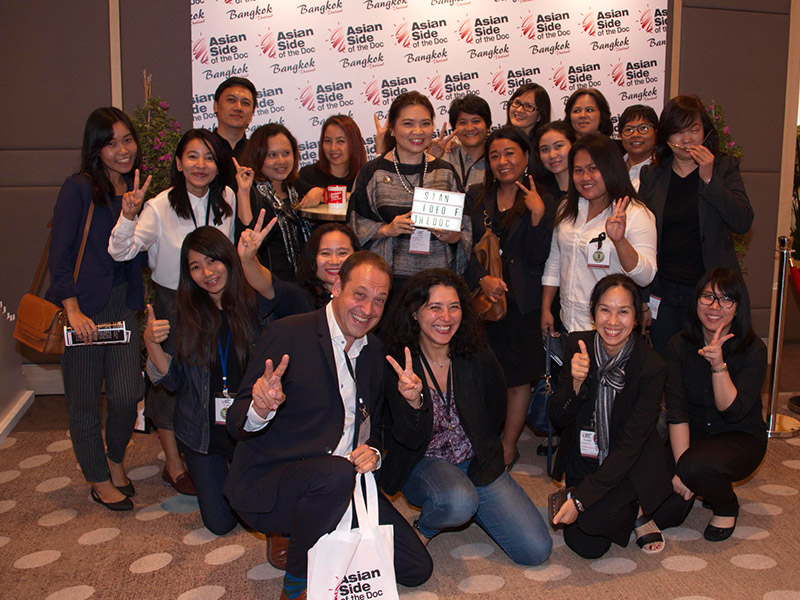 Yves Jeanneau of Sunny Side Markets

Coproductions and international partnerships were les mots du jour at last autumn’s Asian Side of the Doc (ASD) – and this time they really hit home.

The seventh ASD, held in Bangkok, assembled 300 decision-makers and producers from 36 countries, including 18 from Asia. A particular emphasis was placed on opportunities with Association of South-East Asian Nations countries.

Deals were quick to emerge, notably several involving Thailand, which was absent from ASD in 2015. State broadcaster MCOT unveiled Thailand’s first coproduction with the UK in the form of cuisine show A Taste of Thailand (working title), which is being produced with UKTV and made by MCOT production subsidiary Panorama Worldwide.

Panorama also signed a memorandum of understanding with French prodco Éléazar to coproduce Thailand’s Mysterious Girl Skeleton, while Thai factual prodco TV Burabha unveiled a strategy to distribute its productions globally for the first time. The Thai government used the event to announce initiatives to establish Thailand as a regional production hub, including financial incentives for filmmaking and documentaries.

Amanda Groom, MD of The Bridge, masterminded the Taste of Thailand deal and summed up proceedings when she said Thailand was following a path similar to South Korea’s government-backed strategy of cultural ‘soft power.’ It promoted the nation’s cultural traditions and people to the rest of the world, and is the reason “its cultural exports like K-Pop and TV shows are on the map,” according to Groom. “Malaysia is looking to do the same thing, and now so is Thailand.” And there’s every possibility that others will follow.

Hot topics at the four-day event included the discovery of places, space, disappearing ways of life and nature, technologies of the future and, aptly, migration. As Yves Jeanneau, CEO and founder of the event’s organisers Sunny Side Markets, put it, today’s documentary makers have a mission not only to tell stories but to connect audiences around the world.The future of 4K, 360º VR technologies and content for digital-only platforms was also high on the agenda, as was the lack of shortform content for younger audiences.

It was no surprise, therefore, that Chinese production giant China Intercontinental Communication Center was also present, promoting a second outing for its successful short-film initiative Hopes & Dreams, which launched at Sunny Side of the Doc in 2013. It wants emerging producers and directors to pitch ideas for 15-minute movies focusing on the aspirations of ordinary Chinese, with international appeal.

While political pollsters got it spectacularly wrong in 2016, one project claiming to reflect what young people really think is the ambitious French transmedia youth project Generation What?. It’s the factual coproduction pitch to trump (no pun intended) all others, offering broadcasters data gold dust and tools to reconnect with a digital generation.

Developed by French prodcos Yami 2 and Upian, the interactive format launched in France in 2013/14 in collaboration with France Télévisions and has since been rolled out into 13 European countries. The format, including an online survey and website, UGC video clips and spin-off linear TV shows, has canvassed around one million Europeans aged 18-34 on an array of topics covering family, love, work, society, future expectations, national identity and their world views.

It seems fitting that, along with other regions, Asia’s television community is moving towards greater collaboration and understanding, as markets brace themselves for an era of global uncertainty in the wake of the shock US presidential result. There’s never been a better time to understand the hopes and aspirations of younger audiences and the outcome could be an unprecedented global snapshot of the values and attitudes of a digital generation.